The British Isles, a large island group located off the northwest coast of Europe, includes the nations of Great Britain, Ireland, and some smaller islands. Great Britain is made up of England, Scotland, Wales, and Northern Ireland.

North Dakota, along with the rest of the United States, has been significantly influenced by people of the British Isles. Examples include the use of the English language, as well as government and laws based on those of Great Britain.

Queen Victoria, the queen of England, had a maid who traded her fancy life in Windsor Castle for a claim shanty in North Dakota. The maid, Marie Downing, married a butler from the royal household, and the couple set up a homestead near Rolla. When Downing was preparing to leave Windsor Castle, the queen showered her with expensive gifts including jewels, silver, and ball gowns. Having no use for these items on the North Dakota prairie, Marie Downing sold them and used the money to purchase more farmland. 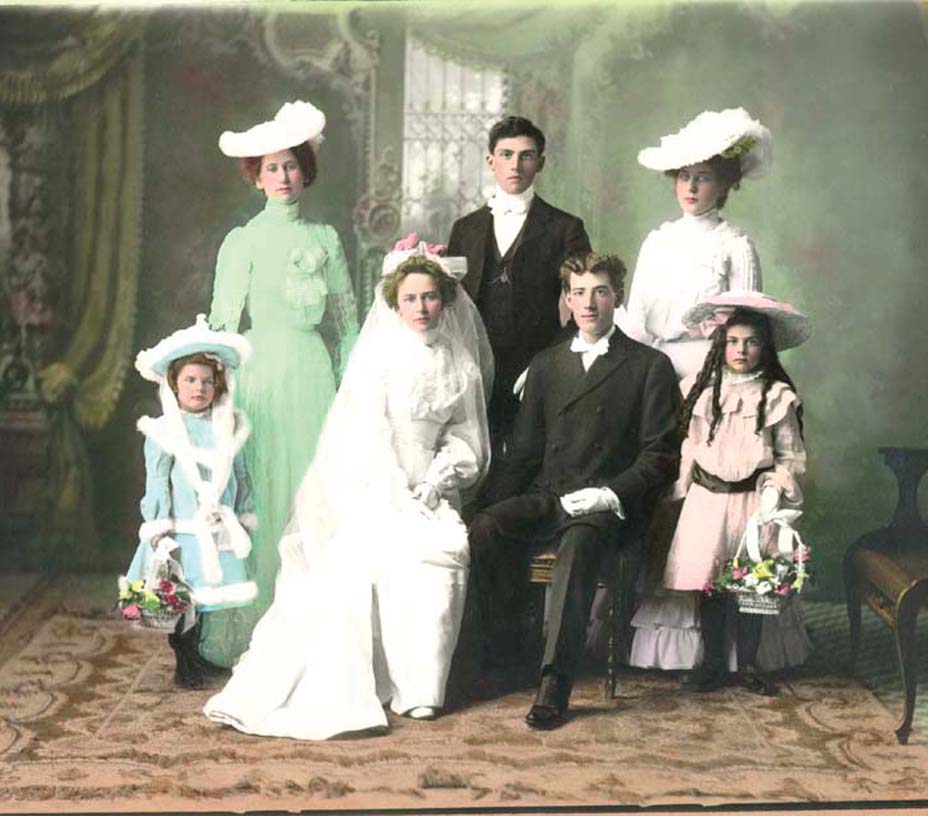 Many of the people with British ties who settled in North Dakota were born in the United States and had parents or grandparents who had immigrated to this country. The British people had an advantage over other immigrant groups because they did not need to learn a new language.

English, Scottish, and Irish people played an important part in the development of the state. Large numbers of these pioneers were in the fields of business, politics, education, and other professions. Some of the people with British Isles ancestry in early North Dakota history include Alexander Henry, Norman Kittson, Meriwether Lewis, William Clark, James J. Hill, Oliver Dalrymple, and Alexander McKenzie.

Even though quite a large number of people with ties to the British Isles settled in North Dakota, most of them did not pass on their traditions from the “old country.” A reason for this might be that they did not settle in their own communities as most other ethnic groups did. They already knew the language and were able to fit in almost anywhere. It was easier for them to adjust to the new country and blend into existing communities.