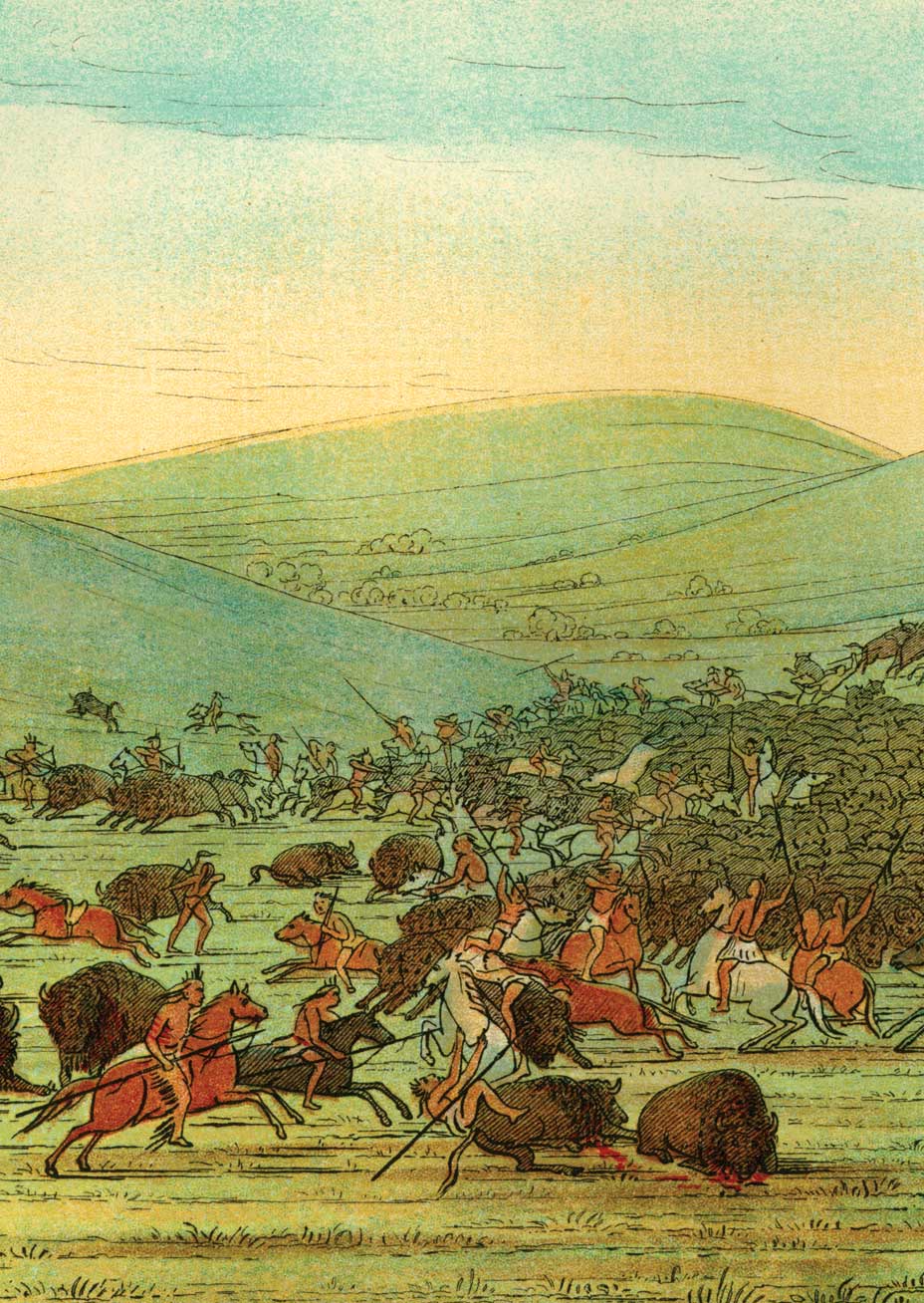 Figure 62. Millions of bison once roamed the prairies. The bison provided the Plains Indians with an abundant source of food and other necessary items. (SHSND 970.1 C289NL)​

All of the Plains Indians depended on the same food supply that their ancestors had used for thousands of years—the bison. Millions of bison lived on the plains, and herds were always on the move to find fresh grass for grazing. Some tribes were nomadic and constantly followed the herds, while other tribes sent out hunting parties at certain times when more meat was needed.

Before horses arrived on the plains, the people hunted bison on foot. They used spears or bows and arrows and had several different ways of hunting. One method was by using a “buffalo jump.” This involved chasing the bison over the edge of a cliff and then killing the animals that had been injured in the fall from the cliff. This method worked well, and an entire winter’s supply of meat could be taken in one hunt.

Another method was trying to get as close as possible to the herd so the hunters had a good chance of hitting their targets. Sometimes men would cover up in bison skins or coyote skins and sneak up on the bison. Winter hunts might involve chasing the herd into deep snow where they could not move very fast. Then, hunters could approach them without the bison running away.

When horses and guns arrived on the plains, the methods of bison hunting changed significantly. It was much easier to chase and shoot the animals. Meat was always shared in the tribe according to the needs of each person.

Other kinds of animals that were hunted for meat included deer, elk, ducks, geese, antelope, and game birds. Some tribes also fished. 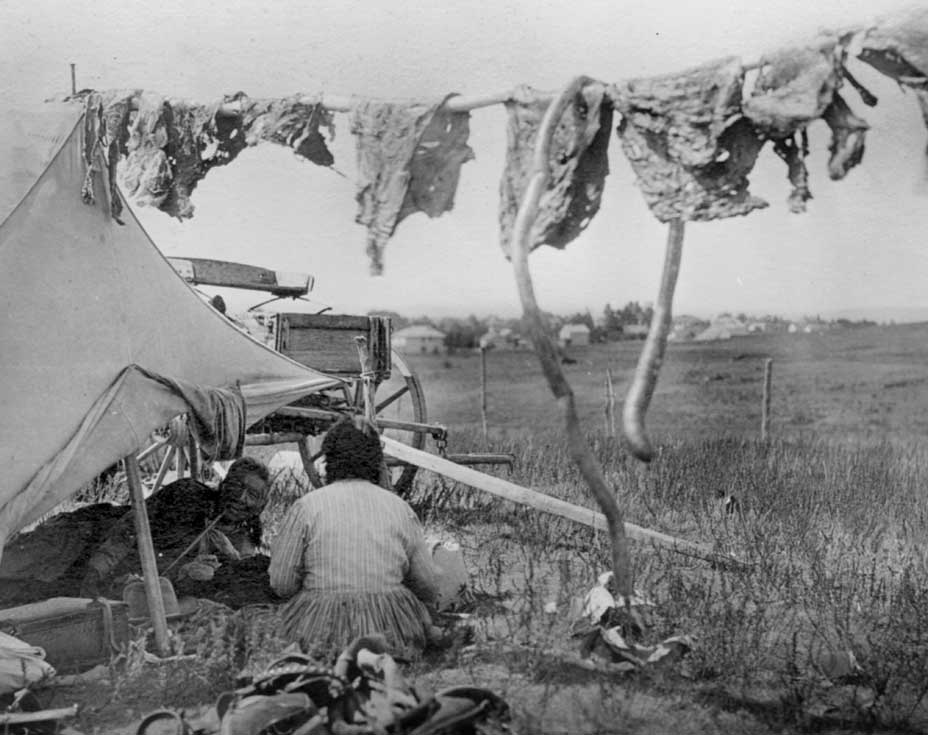 Figure 63. Strips of bison meat dry in the sun.  The dried meat would be ground and mixed with dried fruit to make pemmican. (SHSND 0300-117) 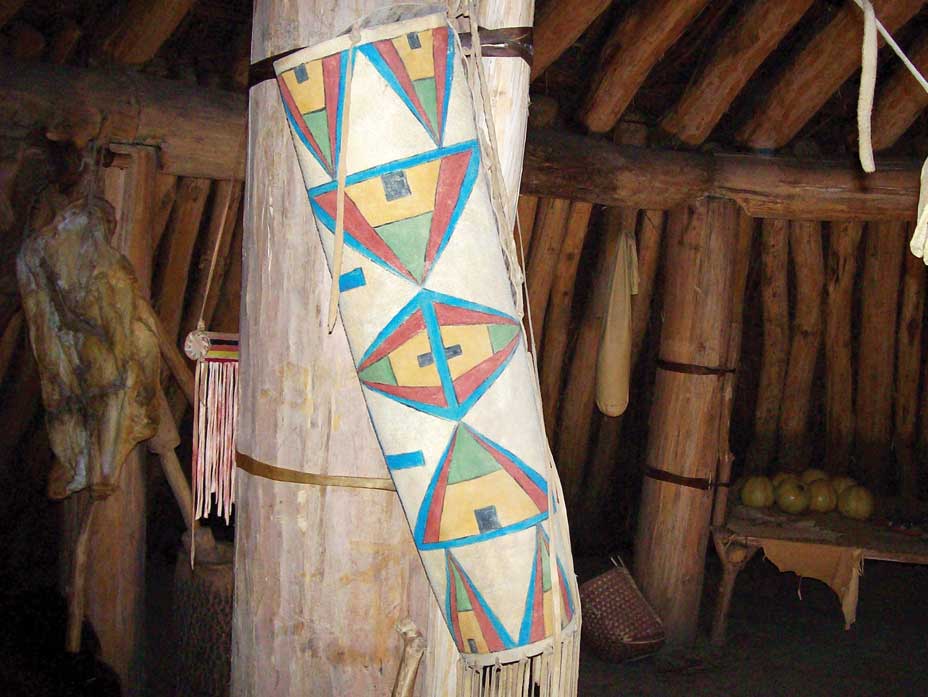 Figure 64. This parfleche is made of rawhide.  It was used to store food like pemmican. (Fort Abraham Lincoln Foundation)

Meat spoils easily, so the women developed ways of preserving it in order to keep it edible for long periods of time. Special ways of drying meat helped preserve it.

A very healthful type of dried food was pemmican. Thin strips of meat were hung up, dried in the sun, and then pounded into powder. Sometimes, dried fruits were added, and then the mixture was sealed in fat and stored in a rawhide case called a parfleche (par-flesh). Hunting parties often took pemmican with them on their hunting trips.

The agricultural tribes raised crops such as corn, squash, beans, sunflowers, tobacco, and other farm products. They also gathered wild food from the prairie, including turnips, onions, pigweed, and fruits. These foods were used not only by the tribe that raised or gathered them but also were traded to other tribes. Sometimes nomadic tribes raided the agricultural tribes in order to take crops and vegetables for themselves.

After the bison were gone from the plains and Indians lived on reservations, getting enough food was sometimes a problem. Some Indians became farmers, while others worked at other jobs to earn money. The U.S. government also provided food in the form of rations (rash-uns).

Today, the Indian people buy their food in grocery stores. Some ranchers are raising bison, and many North Dakota restaurants serve “buffalo burgers.”