The Woodland people lived mostly near rivers where they had a ready supply of drinking water. Trees and brush that grew beside the rivers provided firewood and served as habitat for game which could be hunted.  They protected their villages with walls made of upright logs. 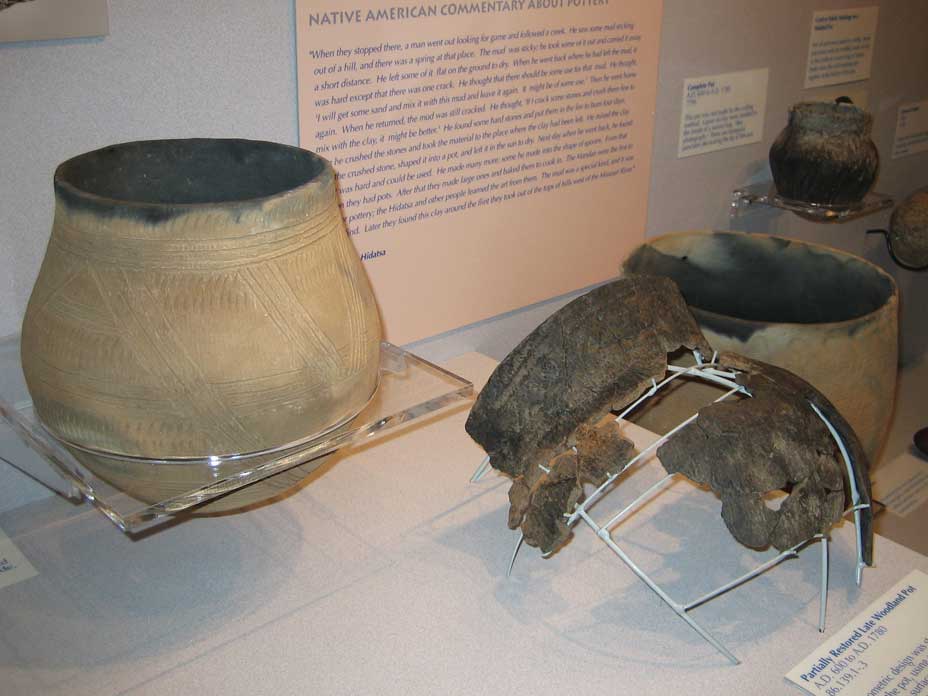 Some of the Woodland people had houses that used wood frames covered with bison hides or grasses. The sites of a few Woodland villages have been found in North Dakota.

Sometimes weapons, tools, and other possessions were also placed in the mounds. These mounds became big cemeteries, and some were used for hundreds of years. This practice earned the Woodland people the nickname “Mound-builders.”

We Are All Equal

I have a red skin, but my grandfather was a white man. What does it matter? It is not the color of the skin that makes me good or bad. 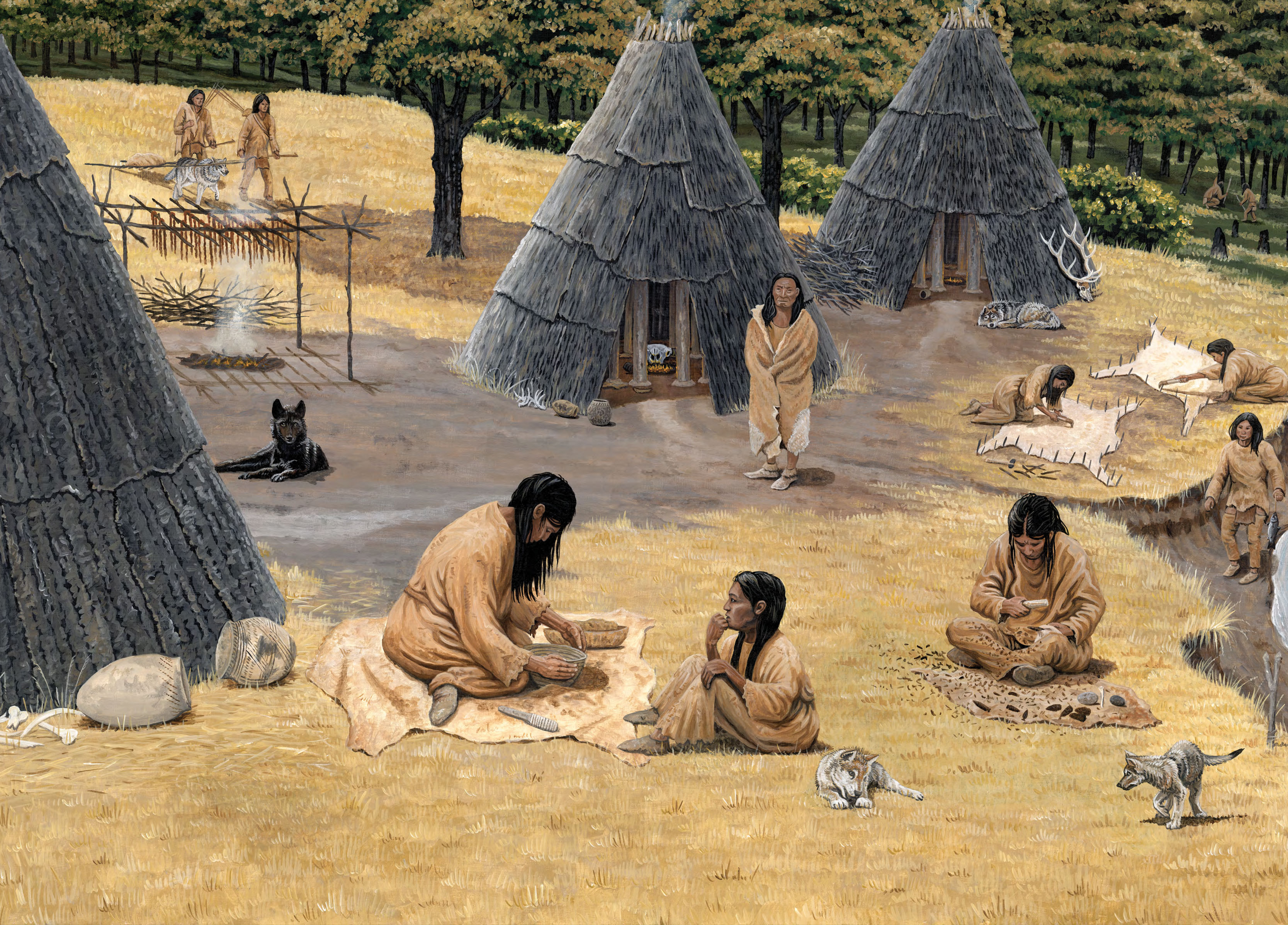 As you continue your study, you will notice full-page tributes to eight notable American Indians of North Dakota. These seven people include Keith Bear, Mary Louise Defender Wilson, Sitting Bull, Sakakawea, Four Bears, Cynthia Lindquist, Josephine Gates Kelly, and Louise Erdrich. Please study these tributes to learn how these North Dakotans have contributed to the history and culture of our state.