When Europeans “discovered” America in the 1400s and 1500s, people had already been living on this continent for thousands of years and had hundreds of different languages and cultures.

Figure 4. Paleo-Indians hunted bison on a winter day in North Dakota. They took the meat back to their camp. (State Historical Society of North Dakota)

Archaeologists (ar-key-ol-a-gists) believe that the first people to arrive on the continent of North America came from the continent of Asia over 15,000 years ago. These prehistoric people were probably big-game hunters who were following herds of large animals, such as mastodons, woolly mammoths, and giant bison. North America and Asia are separated by water, so how were people able to travel from Asia to North America by land?

During the “Ice Age,” glaciers (gigantic sheets of ice) contained so much water that the ocean levels were much lower than they are now. Dry land made up many of the areas that are now under water. Glaciologists (glay-see-ol-a-jists) (scientists who study glaciers) believe that from about 25,000 years ago to about 10,000 years ago, the Bering Strait was a land bridge that may have been 1,000 miles wide. Animals and people could have easily made their way from Asia to North America across this wide strip of land. 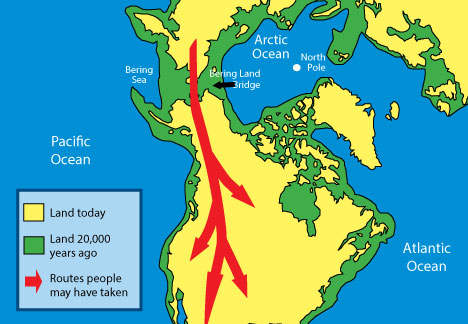 The Circle of Life

You have noticed that everything an Indian does is in a circle, and that is because the Power of the World always works in circles, and everything tries to be round... The sky is round, and I have heard that the earth is round like a ball, and so are all the stars. The wind, in its greatest power, whirls. Birds make their nests in circles, for theirs is the same religion as ours.... Even the seasons form a great circle in their changing, and always come back again to where they were. The life of a man is a circle from childhood to childhood, and so it is in everything where power moves.... 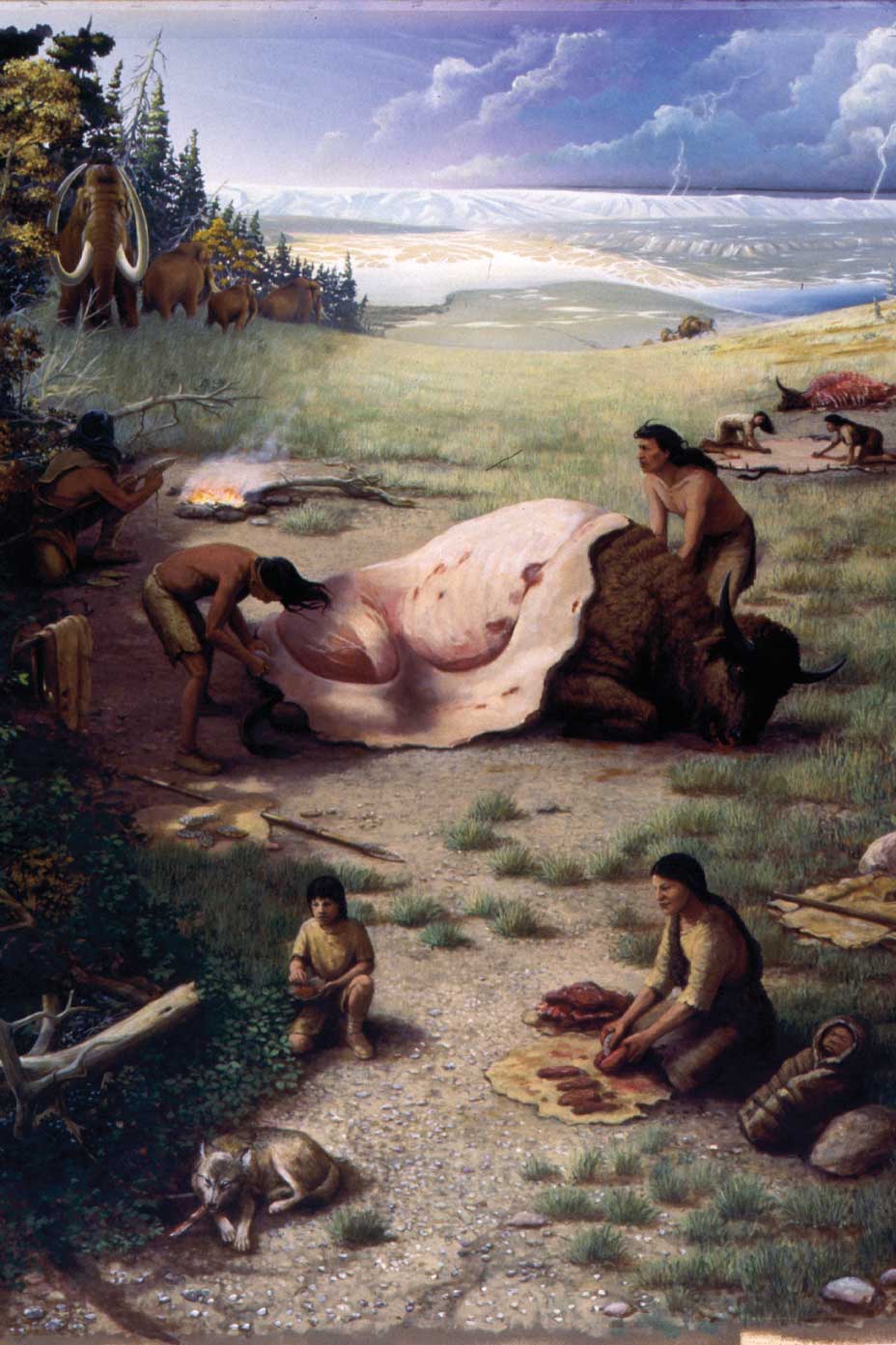 Figure 6. Paleo-Indians butchering a giant bison at the end of the Ice Age while a mammoth looks on. (SHSND 1996.25.1)

These early ancestors of the American Indians were called Paleo-Indians. “Paleo” means ancient (very old). After reaching North America, the Paleo-Indians probably continued making their way south from Alaska either along the Pacific coast or along an ice-free area east of the Rocky Mountains. They may have lived on the southern side of the Wisconsinan glacier and moved north as the glacier receded (went back).

With the changes in climate that happened over thousands of years, vegetation (plant life) also changed, and the mastodons, woolly mammoths, and other prehistoric animals became extinct. The people adapted to the changes, and their population increased. Archaeologists do not know very much about the Paleo-Indians because they existed many thousands of years ago, and little evidence of them remains.