One of the most famous women in United States history was a teenager who lived in North Dakota. Sakakawea was born into the Shoshone Indian tribe in Idaho but was kidnapped by enemy Hidatsa warriors when she was 11 years old. She was brought to a Hidatsa village near present-day Bismarck, North Dakota, and a French fur trader who lived there took her as his wife.

In 1804, an exploring party led by Lewis and Clark hired Sakakawea’s husband, Charbonneau, as an interpreter (translator), and it was decided that Sakakawea would go along to help translate the languages.

Sakakawea was 16 years old and the mother of a baby whom she carried in a cradleboard during the entire journey. Her knowledge of Indian ways, along with her intelligence, bravery, and strength made it possible for the Lewis and Clark Expedition to be successful.

Sakakawea became one of the most famous women in the history of the United States. She is pictured on a United States golden dollar coin, and three U.S. Navy ships have been named after her. 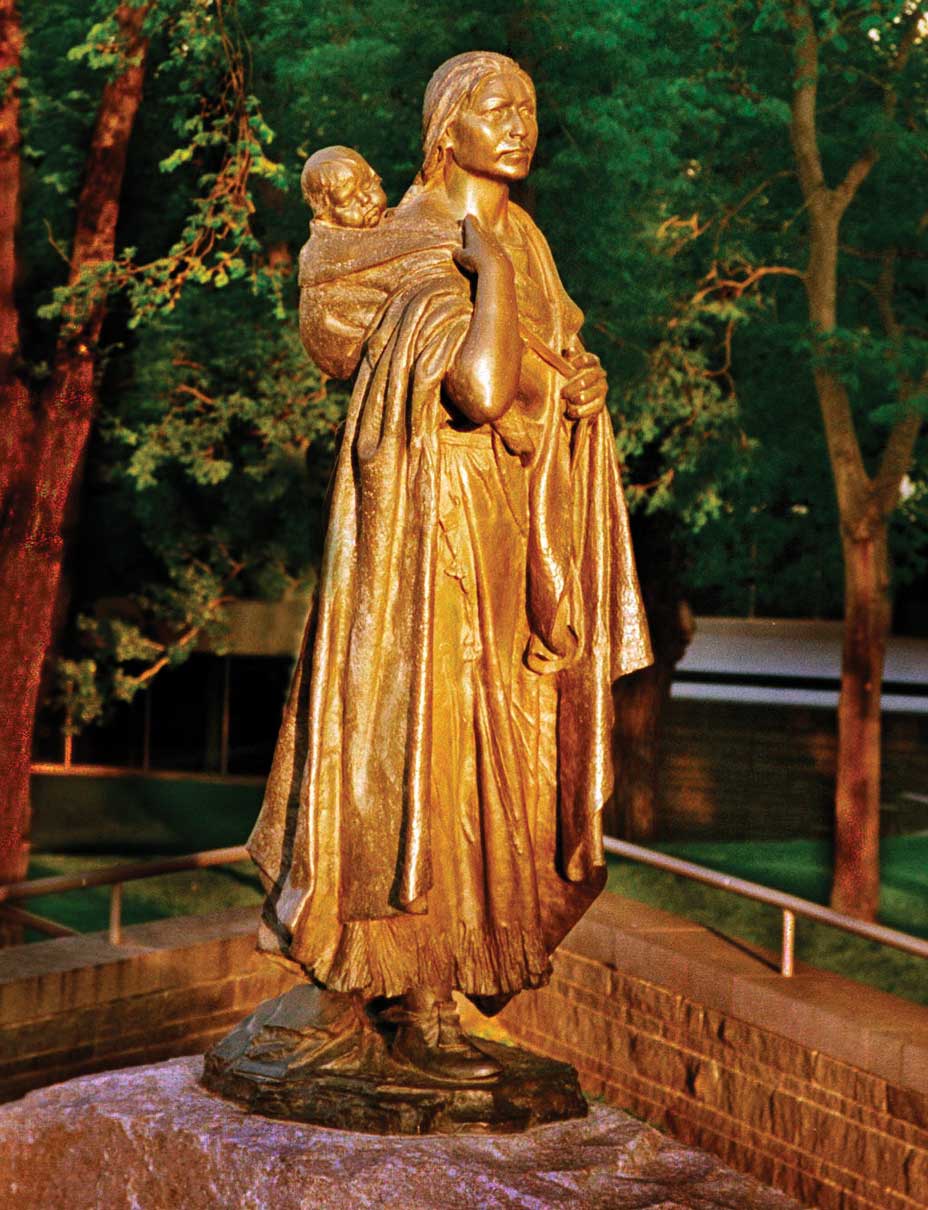 An eight-foot high bronze statue of Sakakawea is located on the North Dakota Capitol grounds, and in 2003, a statue just like it was placed in the United States Capitol building in Washington, D.C. The largest lake in the state bears her name— Lake Sakakawea.

The name of this well-known woman is spelled differently in different parts of the country, but the person is the same. The name “Sacagawea” is the most common spelling used throughout the United States, but “Sakakawea” is the official spelling used in North Dakota.

Both of these names mean “Bird Woman.” The Shoshones use the name “Sacajawea,” which means “Boat Launcher.” Whichever way the name is spelled, however, the woman behind the name lives on in history as a great example of an outstanding individual.