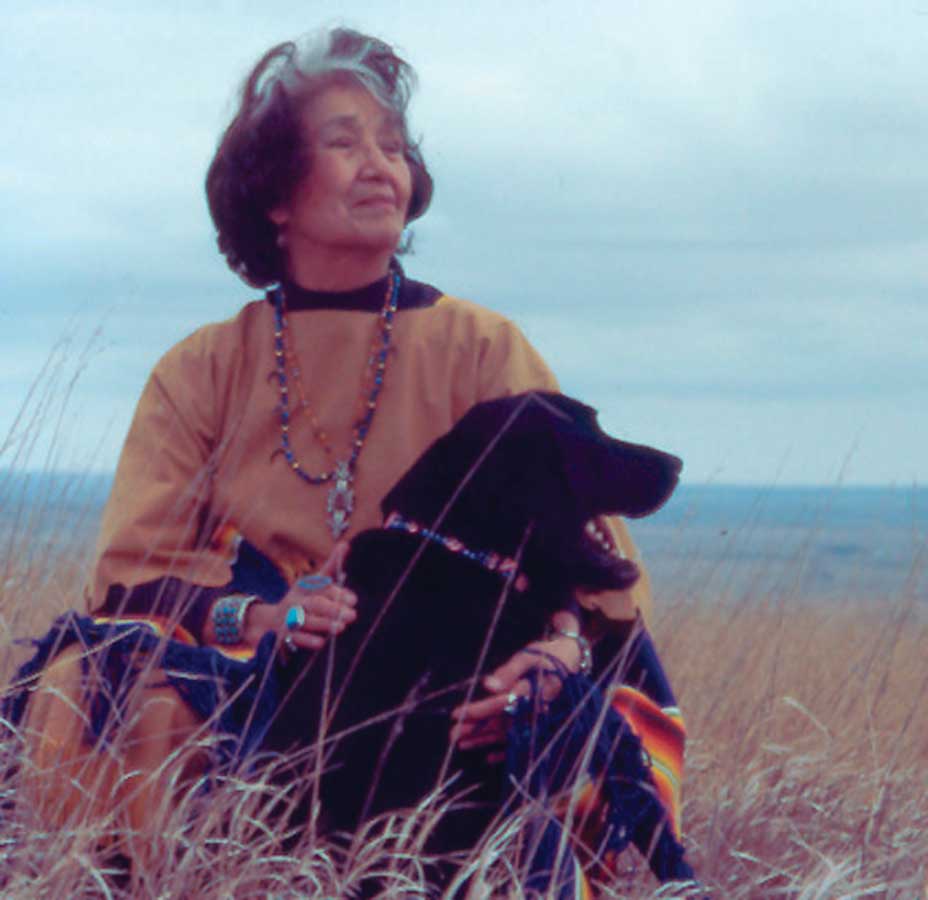 Mary Louise Defender Wilson is a storyteller who has become famous throughout the United States among both Indians and non-Indians. She is a member of the Standing Rock Sioux Tribe, and she also is part Hidatsa.

Mary Louise Defender was born in Shields, North Dakota, on October 14, 1930. Her family raised sheep and gardened. At a young age, she learned storytelling from her mother, grandparents, and other members of her extended family. They told stories, not only for entertainment, but also to educate both children and adults.

By the age of 11, Mary Louise was already a good storyteller. She could speak three languages—Dakotah, Hidatsa, and English. The stories that she had heard from her family and from the elders of her tribe were stored in her memory, and she began passing these stories along to other people.

Mary Louise married William Wilson, a Navajo (nav-a-ho) Indian. He introduced her to Navajo elders who also told stories. When she returned to Standing Rock, she asked the Sioux elders to teach her even more stories. Animals were a big part of many of the tales. They taught lessons about kindness, sharing, helpfulness, and other important values.

Today, Mary Louise is an elder in the Standing Rock Sioux Tribe. She has been a teacher and has also worked to educate teachers and others about American Indian culture. She is very wise and uses her wisdom in ways that will help preserve traditions of the Indian people. Her goal is that all people respect each other and respect all life.

Mary Louise has won many awards throughout the United States for her storytelling ability. Many of her tales are now available on CDs and YouTube so that everyone can have a chance to hear the charming voice and the delightful stories of this great person. From coast to coast, one of the best storytellers in America is Mary Louise Defender Wilson.